A great review of Diana’s book SOUL SWALLOWERS by Hugh.

How to help Kerala and a short story by Neel Panicker.

Last year my son was welcomed into homes in India… the trip of a lifetime that changed his entire outlook on life. He was particularly touched by the kindness and the generous hearts of the people of Kerala, some of whom have remained his friends an with whom he has been in regular contact. Their kindness made it possible for him to do things he could never have dreamed he would do. They have little and yet their joy and generosity of spirit opened my son’s eyes to how life could be lived and loved.

The people of Kerala are facing the devastating effects of flooding. Hundreds are dead or lost… an estimated million people are now in camps and without homes… and  they desperately need help.

In an effort to add a little to the help available on the ground, Neel Anil Panicker, a regular contributor to the…

A “Kids Are Back In School” mega sale.

If you’ve been thinking about checking out any of my books, now’s your chance to save a bundle! All eight of my eBooks are on sale from today until next Saturday, for the low, low price (yes, I actually said that!) of $.99 each. Heck, that means you can download my entire 3-book (so far) Riverbend series for a mere $2.97! The Emissary and Summer Magic are available for the same price, as well.

The kids are back in school and fall is upon us. Time to sit back and relax with a cup of tea (or whatever it is the rest of you drink) and find out what’s happening in the spooky hills of North Carolina, or the sleepy little town of Riverbend, Florida.  Hope you’ll help me spread the word, too. Thanks!

Find my books on AmazonHERE

“We the people” who remotely keep up with the news, had learned that Senator John McCain had very recently decided to stop any future medical treatments to treat an aggressive form of brain cancer that he had been diagnosed with, earlier this year.

Knowing what a fighter that Senator John McCain is by nature, there had to be good reasons for this decision. It appears that Senator McCain succumbed to the inevitable because of complications. He went down fighting.

Many of us have been decrying his absence from the floor of the US Congress where he could be counted on to be a voice of conscience for the Republican Party. No one else has taken over the mantel to be his voice and to be a check on power, for example, like he proved to be against our current republican President Donald Trump who despised the ground  that Senator McCain…

Another Saturday Surprise from Jill.

Hello friends and welcome to the WEEKEND!!!  I know, I know … I’m retired, and every day is a weekend, or so you think.  Let me clue you in … being retired is hard work!  I swear I work harder now than I did when I worked and got paid for it! This week has been the week of mishaps.  First, while I was cleaning the intake vent to the furnace, using the hand vac, it decided to eat my hair, travel up to my head and smack me in the cheek, right under the cheekbone.  Then, the next day two of our Significant Six got into the worst fight, wouldn’t separate just by me yelling and spraying water, so Miss Goose and I were injured in the process of separating them.  Then today, as I was trying to get a new furnace filter from the storage rack upstairs, my…

My train of thoughts on...

The author sent me an ARC of this book (epub format) in exchange for an honest review.

When a former pro football star and broadcaster, now a Wall Street maven is accused of insider trading, will he be able to prove his innocence and expose those who are guilty?

Greg and his boyhood pal dreamed of big success in professional football and then later in business. Greg was the only one to live the dream. Now the founder of an investment fund Greg is faced with a routine audit finding by the SEC. The audit points to irregularities and all the tracks lead to Greg. The justice department hits him with an indictment of 23 counts of fraud, money laundering, and insider trading. His firm goes bust, and Greg…

Betsy DeVos is for giving money meant for upgrading schools to the NRA for more guns in the schools.

I think that most of us with reasonably sound minds agreed some time ago that arming teachers, having guns in schools, was just a bad … really bad … idea. Those of us, that is, who believe the purpose of schools is to educate.  Those of us who do not believe the NRA mantra that “a good guy with a gun …”. Those of us who have not fallen prey to the horseshit that has been spewed by the NRA that more guns make for a safer society.

We The People also realize that our current education system is falling into disrepair, that not enough money is allocated to do the job our schools need to do, and since Betsy DeVos became Secretary of Education, money has been diverted away from public schools and into her own pet projects, mainly charter schools that serve very few.

THE STONES OF FIRE AND WATER is FREE from 23rd to 25th August.

From 23th to 27th August, The Stones of Earth and Air, Book 1 of Elemental Worlds will be free on Amazon.

Here’s a bit about it.

After the Crown Prince of Ponderia starts behaving strangely, his best friend Pettic discovers that the prince has been replaced by a doppelganger, and the real prince kidnapped.

Unable to accept the loss of his friend, Prince Torren, nor the cruel impostor to become the new king, Pettic sets on a quest to rescue his friend. After he sees the fake prince meet a mysterious man, Pettic discovers that the prince has been imprisoned in another plane of existence.

With the help of Blundo, the court magician, Pettic finds out that the only way to enter this another world are four keys, each of them associated with a different element. As Pettic sets on his seemingly impossible…

This is a great video we should all listen to, especially members of the press.

I wrote a post last night that was intended to occupy this space this afternoon.  It was a blowing-off-steam rant, and while it might have felt good to write, and while you might have declared “hear hear!!!” upon reading it, it was of little or no value other than as a vent for my own angst.  So, I scrapped it … well, actually I still have it and you may yet see it one of these days, but just not today.

Instead, I came across this video clip by former Secretary of Labor, Robert Reich, that I think has far more value than my rant.  Reich served under Presidents Gerald Ford, Jimmy Carter, and Bill Clinton, and has been the Chancellor’s Professor of Public Policy at the Goldman School of Public Policy at UC Berkeley since January 2006.  He speaks with reason rather than rants, reminding me much of our friend Keith.

David Pecker of the National Enquirer now has to testify about his friend Trump. 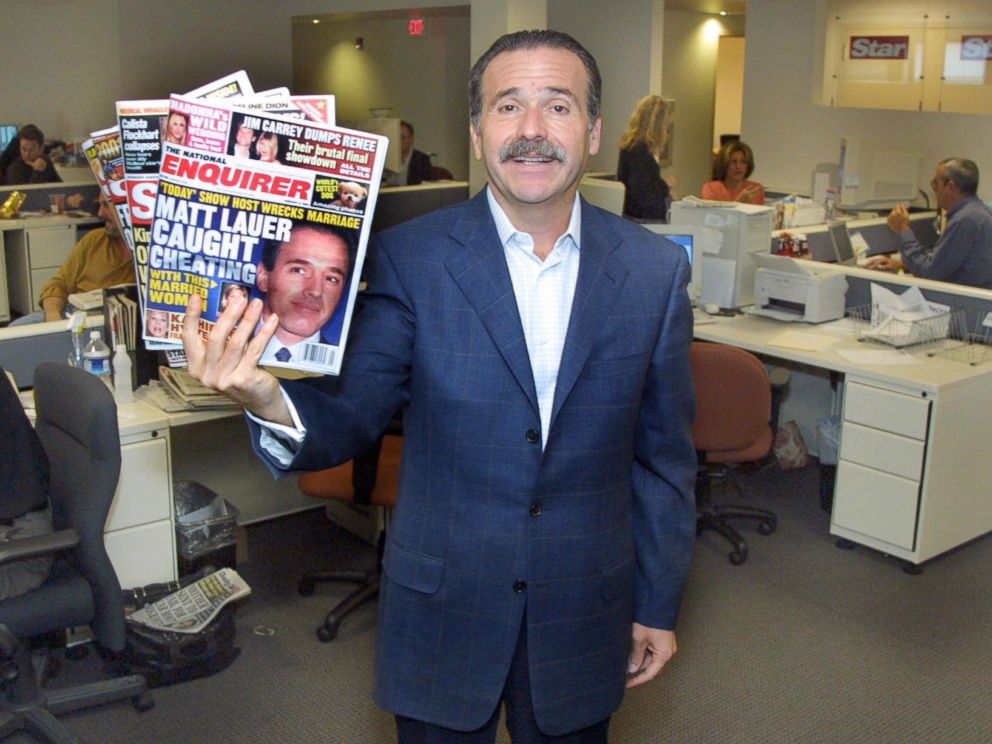 As per Wikipedia, “David J. Pecker is the Chairman and CEO of American Media. He is the publisher of National Enquirer, Star, Sun, Weekly World News, Globe, Men’s Fitness, Muscle and Fitness, Flex, Fit Pregnancy and Shape.”

Mr. Pecker has also been a personal friend to Donald Trump for over 20 years along with others like the infamous sex offender, Jeffrey Epstein. Mr. Pecker and the president hung around the same NY players including  with many of the same women. Mr. Pecker had been a frequent flyer on the president’s plane. He’s also known Rudy Giuliani, his current attorney and former NYC Mayor from this same rime frame. Whenever the president needed to skewer a political foe, David Pecker of the tabloid paper, the National Enquirer, was happy to oblige.