Farmers in the NFU.

According to its website, the NFU (National Farmers Union) has around 55,000 members. So that, given there are around 136,000 farmers in the UK, we can safely say that the majority of farmers are not in the NFU at all.

I’ve known a lot of farmers in my time – many have refused to join the NFU and those that have have joined to get benefits like cheaper insurance deals rather than agreeing with its political stance. Few farmers I’ve known have had a good word to say about the NFU.

Similarly, the CLA (Country Land and Business Association), has around 30,000 members, many of them owners of vast estates, rather than the average country-dweller with just a few acres or less.

So, when these highly-politicised organisations threaten to attack the principle of our public highway rights of way network, just remember they don’t speak on behalf of the average…

Why Joe Biden is hope.

Due to circumstances beyond my control (stubborn headphones), I missed the first 20 minutes or so of Joe Biden’s town hall last night, and due to other circumstances beyond my control (family obligations), I was only able to watch about 20 minutes before having to stop.  I never had any intention of watching Trump’s town hall and wouldn’t have even if he hadn’t scheduled his to compete with Biden’s, but I had hoped to watch all of Biden’s.  I have, however, read most of the transcript of Joe’s town hall, and some key takeaways from Trump’s.

I must say that it was great, the few minutes I was able to watch Biden’s event, to be able to hear Biden answer the questions asked of him without interruption.  It was great not to have to look away from Trump’s freakish facial contortions while he muttered and blathered.  We…

The problems with voting in some states.

Voting has already begun in many states, and mail-in ballots have been sent out in most states that allow mail-in voting.  The Republican Party has made no bones about the fact that they intend to make voting as hard as possible for most of us who prefer not to clog the polls, putting ourselves and our families at risk for a deadly virus, on November 3rd.  Well, it looks like they have started their campaign to keep us from voting …

Early voting began yesterday in Georgia, and long lines – as much as a ten-hour wait – were reported in some areas.

Now, let me ask you … do you notice anything about the people in this line?  Look closer … do you see any white faces there?  I saw one, possibly two, but the majority appear to be Black voters.  This was in Cobb…

Why some people don’t vote.

Last Wednesday, we began with Part I of our three-part reprisal from earlier posts in February & March.  One of the biggest hurdles to free and fair elections in this country are those who don’t vote for one reason or another.  It is always important, for our vote is our voice, but this year so much is riding on the election in November that we felt it was important … nay, critical … to re-post this series about why people don’t vote.

Only 67% of all eligible voters are even registered to vote.  That is only two out of every three adults.  In last week’s post, we looked at the reasons people gave for not voting, some of which were ludicrous, such as “forgot”, “weather”, and “too busy”.  But there are some legitimate reasons that people do not vote.  To understand these, I think it is important to look at…

So, today, all last-minute test results being well, I start a combined chemotherapy and immunotherapy regime. I cannot say that it is something I am looking forward to starting exactly, but as the alternative is to sit here and wither quietly away… quite literally… let’s just bring it on. 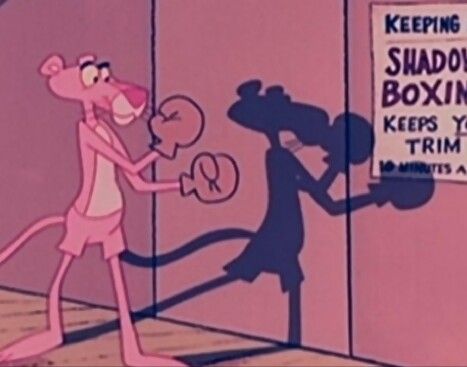 Meanwhile, my handbag probably needs a police escort as it is full of the controlled drugs I now have to carry. My shoulders ache from the oxygen tanks I also have to carry. And, every so often, my heart aches for all the things still undone and unsaid… but that is not somewhere you…

This morning I have only one ‘good people’ story to share with you, but I think you’ll agree that this one is priceless, deserving of its own post.

One of my pet peeves, as many of you already know, is people with great wealth.  What pleasure is there in having millions or billions of dollars sitting around doing nothing but earning more money.  I have very little use for the wealthy, especially those who give nothing, do nothing to help those less fortunate.  So, it was with great joy that I read about Freddie and Lisa Thomas-McMillan.  This couple own a restaurant, Drexell & Honeybee’s, in downtown Brewton, Alabama near the Florida border.  What makes them special?  According to their website …

When you enter Drexell & Honeybee’s in downtown Brewton, Alabama, you’ll walk past booths and four-tops full of cornbread, fried chicken, and collard greens. The one thing you…

May the GOP rest in peace.

On The Fence Voters

It’s taken several years, but the Republican Party’s imminent death awaits on November 3, 2020. It took a malignant narcissist pathological lying president of the United States to do it, but it’s almost time to issue last rites.

When a political party embraces an accomplice to negligent manslaughter/murder, they must have calculated that it was better to stick with roughly 40% of the voting public, rather than stand up for principle and honor. We’ll never know the real reason, but the GOP’s complete fall from grace is upon us.

We can argue about the true origins of the demise if you wish. I could easily surmise it began nearly 50 years ago when President Richard Nixon resigned in disgrace in 1974, only to be pardoned days later by President Gerald Ford.

Pictures from Cindy Knoke of the Salk Institute in La Jolla, California near cliffs where people go soaring.

The architecturally interesting Salk Institute in La Jolla, California, sits on a stunning property with views over the ocean cliffs.

(Note: Salk is buttoned up these days due to their COVID- 19 research. They are working on vaccine development, viral imaging and immunity studies. Guards are patrolling and visitors are not allowed. Thank you Salk for what you do).

Next to Salk is the Torrey Pines Glider Port.

A couple steps and you are off the cliff,

Sailing off into the sky,

seems so freeing, except for the cliffs and rocks below!

Cheers to you from my life on the ground~

This morning, I came across an OpEd by New York Times columnist Ross Douthat that I found to be both extremely sensible and also encouraging.  In essence, he urges us to calm down, stop imagining the worst, that Trump will refuse to play by the rules and attempt to remain in office despite his election defeat, and focus instead on what needs to be done to help the Biden presidency succeed.  Easier said than done, but I think he’s right … see what you think.

There Will Be No Trump Coup

A final pre-election case for understanding the president as a noisy weakling, not a budding autocrat.

Three weeks from now, we will reach an end to speculation about what Donald Trump will do if he faces political defeat, whether he will leave power like a normal president or attempt some wild…

With profound thanks to all those who ‘came with me’ yesterday to the oncology appointment. It doesn’t look great in there.

Palliative care will begin with chemotherapy next week, in the hopes of shrinking the tumour and allowing me a longer period of enjoyable life.

I’ll do my best, learn to wrap a funky headscarf… and the rest is in the lap of the gods 🙂