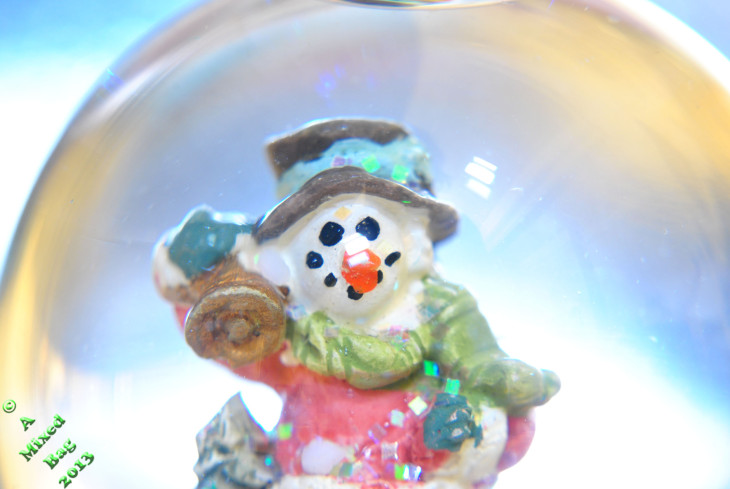 This story was written for Sunday Photo Fiction-December 17th, 2017. Each week the host, Al Forbes provides a picture prompt taken by himself or sent in by one of the other participants in the group of writers. The challenge for each member of the group is to write an original story or poem with no more than 200 words, not including the title and inspired by the prompt. This week’s prompt was taken by Al. Thanks, Al.

THE SNOW GLOBE by P.S. Joshi

It sat there on the desk, a harmless snow globe. Or was it? A friend had given it to him at school that afternoon.

“Hey, dude. Some man said he saw you and to give you this. He said to remove the plastic base.”

Jack Holder couldn’t remember anything before two months ago. When he woke up in the hospital he was told he’d  been on a skiing trip with friends and was the lone survivor of an avalanche. A tall blond man said he was his father, had paid the bill, and taken him home.

The guy said he was Mark Holder, they had just moved, and no one would know him at his new school. His mother was supposed to have died in a fire that burned their home three years before.

Jack took the globe home, unscrewed the bottom, and found a telephone number.

When he called a female voice said, “Drake, this is your mother. As soon as possible, go to the police station on Plymouth Street. I’ll be waiting there with proof. You were abducted by someone twelve years ago and I hired a private detective. I’ve reported it to the police.

Here we are, gathered together again. Today we’re sitting in an apartment in the city. We’re here to discuss our original stories for the week. We’re the Friday Fictioneers group. Our hostess for this gathering is the talented and gracious author and artist, Rochelle Wisoff-Fields. The challenge for each of us this week and every week it to write a story with no more than 100 words not including the title. It’s supposed to have a beginning, middle, end, and follow the picture prompt for the week. This week’s prompt was provided by Roger Bultot. Thanks, Roger.

To read the other stories by group members, just click on the link given below, then on the little blue frog in the blue box.

The link for this week’s stories is as follows:

THE CITY GIRL by P.S. Joshi

Martha had spent her life in the city. Her best friend told her she needed to take a trip to the country and experience it.

She replied, “I always have my flower in the window. Besides, bugs and dirt bother me. The last time I went to Central Park several years ago a dog wet on my shoe.”

Then she met Ed. He was athletic and enjoyed the outdoors. The main thing she admired in him was his interest in her.

One day he talked her into driving with him to the country to visit friends. Her attitude changed entirely.